This post is adapted from a presentation given at the E-Learning Africa 2015 conference in Addis Ababa, Ethiopia. Africa Talks Founder and Editor Salem Solomon presented about the training needs of African journalists and unveiled plans for a new online learning platform on Africa Talks. 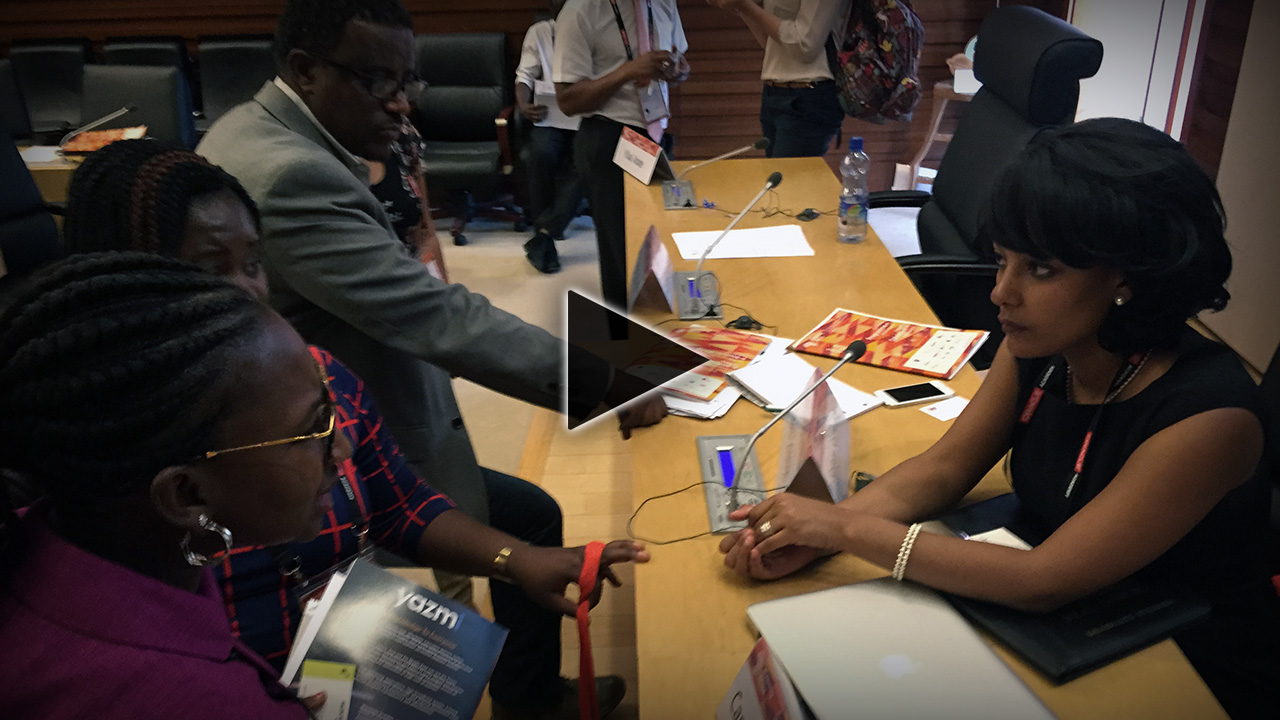 Africa Talks has always been about providing thoughtful analysis on issues affecting Africa and its global diaspora. Now, we want to help African journalists tell their own stories with a first-of-its-kind e-learning platform. What if an online training platform were built, from scratch, with African journalists’ unique needs and interests in mind? What would this platform look like? What courses would it offer? How would it differ from existing resources? These are the questions we’re asking as we embark on this new project.

THE MEDIA LANDSCAPE IN AFRICA

To build effective training, it’s important to first understand what journalism looks like across Africa.

Newsrooms around the continent vary considerably from one country to the next. In Kenya and South Africa, you’ll find journalists equipped with all manner of modern technology. In the Democratic Republic of the Congo or South Sudan, reporting tools will often be little more than pen and paper or rudimentary recording devices.

In these less developed countries, news is still precious, and it’s common to see newspapers handed from person to person or laid out on sidewalks held down by stones so people can get the day’s news.

Here are some specifics: Namibia ranks 17th out of 180 countries on the 2015 World Press Freedom Index, but Eritrea ranks 180th. South Africa has a vibrant media landscape, with many public and private publishers and broadcasters. In Sudan, information is routinely filtered and censored, with extensive government control.

Technology adoption also varies widely. Across the continent, Internet adoption rates range from under 2 percent to nearly 75 percent, based on data from the International Telecommunication Union and World Wide Worx.

Africans get their news from many platforms, but radio remains essential to African journalism and communications in general. It is the most accessible mass communications platform. In isolated parts of the continent, radio broadcasts provide an effective way to reach large numbers of people. This puts a special emphasis on training around audio production and writing for broadcast. Most Africans listen daily, according to the African Media Development Initiative.

Meanwhile, Africa has the world’s fastest-growing mobile market. In 2000, the continent had 10 million mobile subscribers. There are now over 800 million subscribers across Africa. Falling prices for services and handsets suggest the trend will continue.

Put simply, the media landscape across Africa is diverse and constantly shifting.

THE NEED FOR TRAINING FOR AFRICAN JOURNALISTS

Journalism training isn’t just an African issue: It’s important everywhere, given the fast pace of change in the publishing and broadcasting industries worldwide.

Africa’s tremendous economic growth, political reforms and social changes have intensified the need for a strong fourth estate. Amid these developments, journalists play a vital role. They hold the powerful accountable and engage the public in debates around critical issues.

The need for training in Africa has been documented since the early 1960s. According to a 1962 survey by journalist and publisher E.J.B. Rose, most media houses were historically run by colonial powers. Local Africans participated in the technical side of news production, with little say in editorial decisions. This created a significant need for professional development when European owners left the continent.

In many countries, the African press continues to face significant challenges. These barriers include limited resources and equipment, inadequate compensation and threats from businesses and governments who want stories told certain ways — or not at all.

“ Society has a responsibility to ensure its journalists have the competencies to seek out and interpret information, and the judgment and integrity to communicate it in as objective and unbiased terms as possible.”

WHY AN ONLINE PLATFORM

Training matters, but what’s the value in getting it online? Why invest in a new digital resource when there are many on-the-ground efforts underway? Rather than replacing face-to-face training, online courses can be an effective supplement. Online training has other benefits:

African journalism schools have an important role to play in preparing future journalists for the critical work they will undertake. But, ongoing professional development can significantly enhance the quality of journalism, especially in a climate of rapid technological change.

“ Africa’s tremendous economic growth, political reforms and social changes have intensified the need for a strong fourth estate. Amid these developments, journalists play a vital role. They hold the powerful accountable and engage the public in debates around critical issues.”

Digital innovations have affected how journalism is practiced and paid for. The skills and standards young journalists learn in school will shift as they progress in their careers.

Professional online training is complementary to academic programs. Students can access training materials and complete online lessons as part of their coursework.

Worldwide, Poynter’s News University is the most popular source of online training for journalists. Poynter’s NewsU has over 300,000 members, including professional journalists, educators and students. Several thousand journalists across Africa access NewsU, but the content — and the platform — aren’t designed with the unique training needs of African journalists in mind.

There are a number of general e-learning projects across Africa. While these do not meet the needs of journalists specifically, their platforms and content will inform our work. These projects include Funda, Tutor and Obami.

THE NEED FOR A NEW PLATFORM

Developing a new online training platform for African journalists means both the training content and delivery methods can be customized to meet the audience’s needs. In terms of content, we plan to find subject matter experts from across the continent. We also plan to address three critical concerns:

With regard to delivery methods, we believe online training in an African context needs to address:

Language is another important consideration. Thousands of languages are spoken across the continent. Although the Africa Talks training platform will launch in English first, there is significant potential to translate content into French and various African languages.

The Africa Talks training portal will focus on skills-based courses that cover topics from fact-checking to digital skills. Users will enroll in training and access free and low-cost materials from experts in the journalism industry.

The primary goal of Africa Talks is to raise awareness of the complex realities facing Africa. Developing a prominent training component will contribute directly to this goal by empowering those in the best position to tell the world about Africa’s stories: the journalists on the ground.

A new platform provides an opportunity for innovation. We want to learn from existing projects and incorporate elements of what’s proven to work. But we also want to experiment with new models and approaches. We plan to monitor how participants use of our materials, perform both formative and summative evaluations, and refine our approach over time.

Eventually, we anticipate participants who go through training on the site can become contributors, with Africa Talks becoming a platform for their work.

We want this project to be a collaborative effort, and we welcome your input. To learn more, visit our dedicated Training section. E-Learning Africa has published a full report on the conference, and you can also review the full slide deck from our presentation: